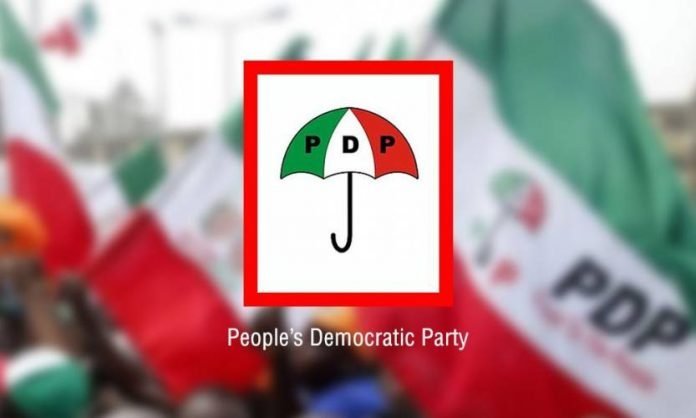 The Jigawa State Chapter of the Peoples Democratic Party (PDP) has inaugurated a 29-member reconciliation committee to unite and bring back its lost glory in the state.

Inaugurating the committee in Dutse on Wednesday, the state party chairman, Alhaji Babandi Ibrahim, said it was set up to immediately reconcile all aggrieved members and bring back those that had left.

Ibrahim said the committee was set up two days after the state congress election of the party on Jan. 10.

He said that the move was part of efforts to unite members of the party and make it stronger in order to wrestle power from the ruling party at both the state and federal levels.

The state party chairman, who said the committee’s duties would take off immediately, urged its members to discharge their duties with fear of God, honesty and fairness.

Newsmen report that the committee has Dr Aminu Abdullahi as its chairman and Alhaji Nasir Sparo as the secretary.

In his remarks, a former governor of the state and PDP chieftain, Alhaji Sule Lamido, urged the committee to do its work diligently.

Lamido said the committee should ensure that all aggrieved members that left the party after it lost in 2015 were convinced to return.

Speaking to newsmen after the inauguration, the chairman of the committee, who is also a former Secretary to the State Government (SSG), assured that the committee would work hard to unite the party.

“Our task is a difficult one and also a simple one at the same time.

“These (aggrieved members) are people we are familiar with. We worked with them, we’re friends and we’re brothers and sisters.

“This is a task we’ve started as volunteer movement within; now we’ve been formally asked to do it.

“The basic principle in reconciliation is that there is no victor, no vanquish. So, nobody is coming back to the party as a prisoner of war, because there was no war.

“There will be physical contacts as we will go down to people’s homes and we’re sure they will listen to us,” Abdullahi said.

He assured that the aggrieved members had their places in the party, which wanted them back.

“This is because we value what they did in the past and we also want the PDP back to power in 2023.

“This is because Nigeria and Jigawa need PDP in power,” he said.

The chairman reminded politicians that leadership was not about personal interest or ambition, but citizens’ interest.

“We need to be reminded that people sometimes forget and get blinded by their own personal ambitions and get into these conflicts; they later realise that they’re causing damage to their people, who are the primary reason we are into this business of politics,” he said.

Abdullahi urged all members in the state to support the committee in order to strengthen the party.