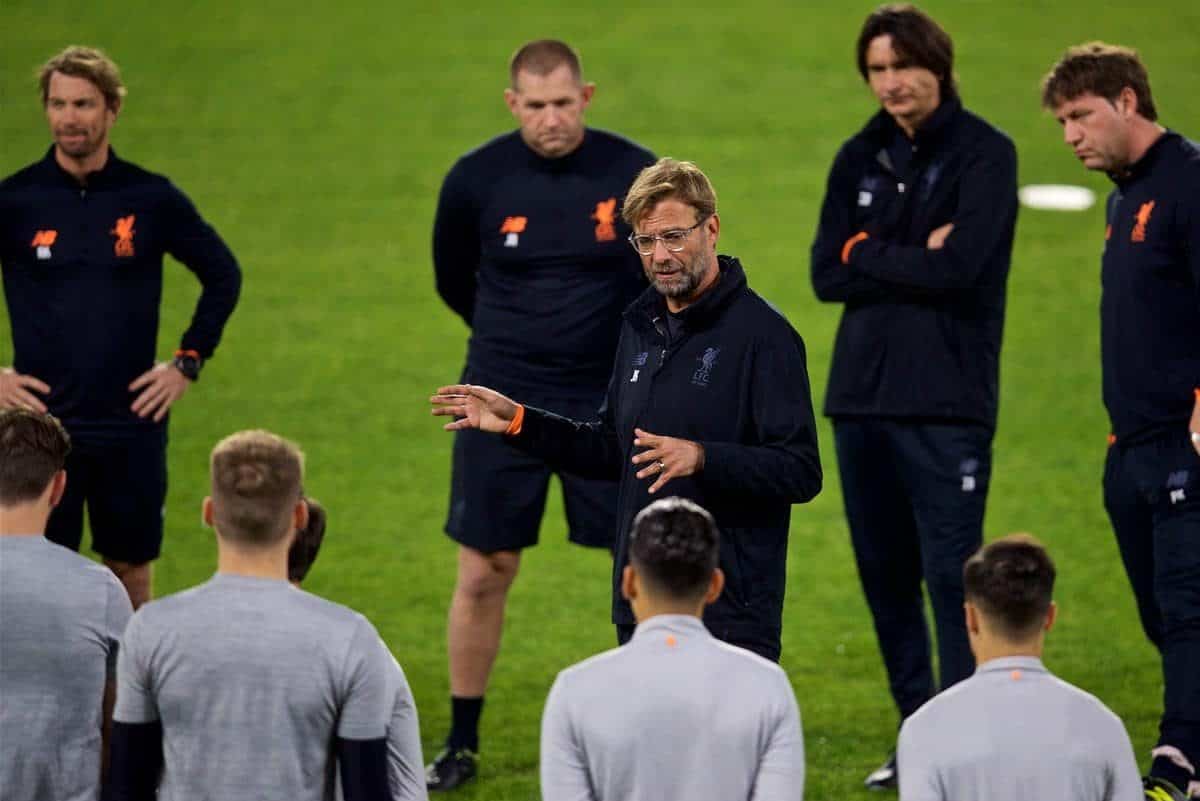 Liverpool boss, Jurgen Klopp, has provided the latest team news ahead of his side’s Premier League clash with Manchester United at Anfield on Sunday evening.

Klopp said that Liverpool would have to assess the fitness of Joel Matip before determining whether the defender can be involved for the Reds against Man United.

Klopp told his pre-match press conference on Friday: “Joel is close. Does it now make sense to throw him into a game with one or two sessions, which he did not do yet, but today and tomorrow he might be involved?

“To bring him [in], I don’t know. We have to see, we have to decide, we have to look at him and how he will train, how he looks in training and these kinds of things, but we still have different solutions.

“Hendo is very important in midfield for us as well, so we just have to see. It is not decided yet, why should I?”

The kick-off time for Liverpool vs Man United match is 5:30 pm, Nigerian time.