Update: Girl Who Was Left With Spinal Cord Injury After Being Raped And Beaten, Is Dead 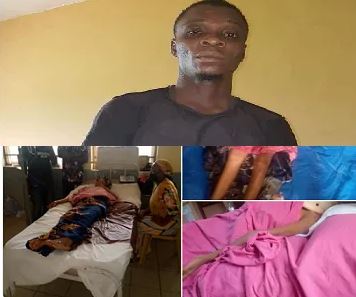 Girl Who Was Left With Spinal Cord Injury After Being Raped And Beaten, Is Dead

Favour, a 17-year-old girl  who suffered spinal cord injury after she was mercilessly beaten and sexually assaulted in the Agbarha Industrial area of Lagos state in April 2020, has lost her life.

The Non-Governmental Ogranization, DemiCare foundation, who has been following up her case, shared the sad news via its Twitter handle this afternoon. 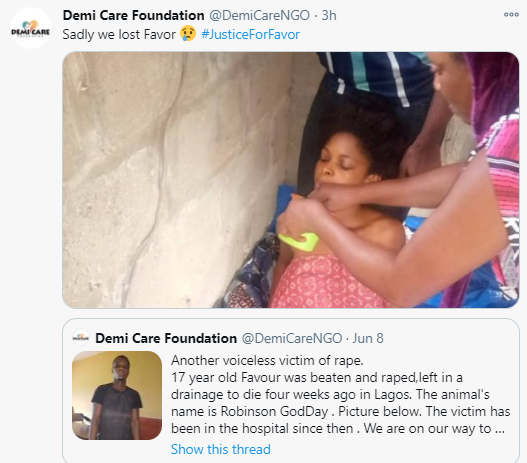 Favour was beaten up, raped and left inside a drainage to die by a 28-year-old man named Robinson GodDay, in the Agbarha Industrial area of Lagos state on April 23.

It is reported that Favour’s aunt, Mary Bassey, said the suspect had raped Favour in January. He was taken to the police station where he was made to write an undertaking vowing never to rape her again.

Robinson in April, ambushed Favour again while she was returning from her job where she had done the night shift. He beat her up, raped her and threw her into the drainage, causing her to sustain spinal cord injury. She was found two days after the incident.

Favour had been in the hospital since then. She sadly lost the battle to regain her health.

Robinson has since been arrested.