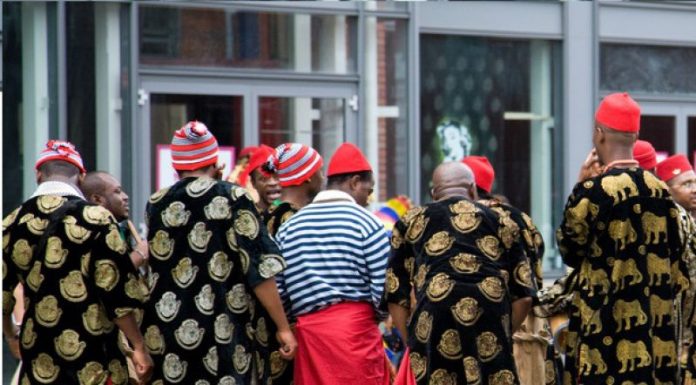 Abia State Elders Consultative Forum has raised an alarm over an alleged plot of ethnic cleansing of the Igbo nation by security agencies.

The forum after an emergency meeting in Umuahia to review the security situation in the country declared its opposition to the reported shoot-on-sight directive allegedly given to the military in the wake of the rising insecurity in the South-East zone.

This is as the Yoruba freedom fighter, Sunday Igboho, has also cried out against an alleged plot by the Army to attack “Biafra people”.

Igboho in a press statement by his Spokesman, Olayomi Koiki, on Monday, said that any attack against Biafra should be considered an attack against the Yoruba, vowing to mobilise his followers in defence of the Eastern region.

“Biafra people have been targeted by the Nigeria Army and any further attacks on them, we would have no other options than to support our brothers and sisters in Biafraland”, Ighoho vowed.

But when contacted, the Army Deputy Director of Information, 14 Brigade Ohafia, Captain Iliya Dauda, challenged the groups to produce evidence of the said shoot-on-sight order.

He advised people against public utterances based on rumours as such is capable of sparking an unnecessary crisis in the country.

According to the forum, the implementation of the said order is to commence in Orlu in Imo State and then spread to other states in the zone.

The forum further claimed that the alleged deployment of core Northern officers to man Eastern military commands was part of the ploy towards actualising ethnic cleansing of Ndigbo and concealing evidence.

The elders also frowned at indiscriminate arrest and extra-judicial killings of Igbo youths after tagging them members of the Indigenous Peoples of Biafra, IPOB, or operatives or sponsors of the Eastern Security Network, ESN. Such action, according to the forum, amounts to genocide in disguise.

In a communique jointly signed by the National President of the forum, Arch Bishop Princewill Ariwodo; and the National Secretary, Dr Joseph Adiele; the forum asked the Presidency to immediately reverse the order.

The communique made available to Vanguard read in part: ” The Presidency should immediately rescind such divisive and inciting orders to shoot Igbo youths protesters on sight, and the evil-motivated postings of the core Muslim military commanders to the South-East without further delay.

”That youths arrested should henceforth, be charged and given a fair trial at the court of competent jurisdiction, while others who met their untimely death through this gruesome assassination and extra-judicial killings should be accounted for, and the perpetrators punished in line with the constitution of the country.”

The forum also demanded justice for Miss Uchechi Eyioma, a nurse killed in Obigbo, Rivers State by security agents after allegedly tagging her a member of IPOB.

”Igbo youths and men are erroneously arrested and labelled IPOB members without a fair hearing and killed like a chicken without trial in a competent court of law.

”A case in point is Mazi Eze Awurum arrested in Aba. Worse still is the assassination of innocent lady, Miss Uchechi Eyioma at Obigbo after tagging her IPOB members.”.

The Abia elders forum expressed full support for the pragmatic efforts of Ohanaeze Ndigbo towards averting the impending genocide against the race, and in championing the Igbo cause.