Shola Shoretire may get starting shirt vs Leicester City 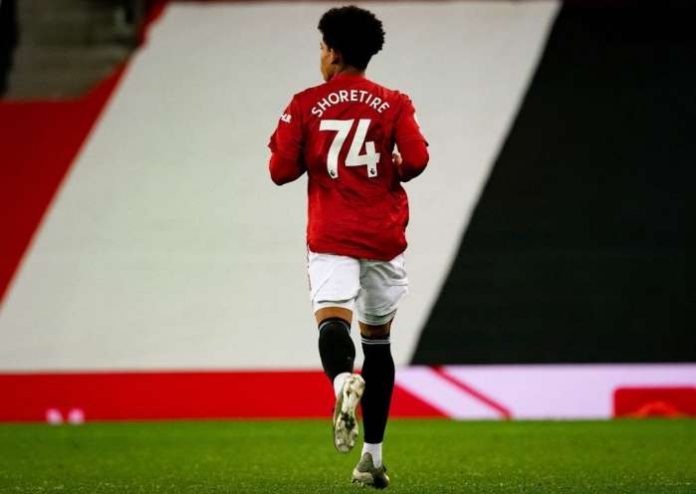 United coach Ole Gunnar Solskjaer is battling with coping with four matches in eight days and is thus considering to hand Shoretire more responsibilities alongside another teenager Amad Diallo both of who have been tested at the big stage.

Solskjaer says it is ‘impossible’ to play full-strength sides in their next two matches against Leicester and Liverpool.

Manchester United teenagers Amad Diallo and Shola Shoretire are set to feature against Leicester with fixture congestion making it “impossible” to field a full-strength side, says Ole Gunnar Solskjaer.

United can close the gap on Premier League leaders Manchester City to four points if they win their two midweek games, but fitting four matches into eight days leaves Solskjaer with no option but to rotate against Leicester and Liverpool.

“I wish I could have said, ‘Let’s go full out in all the games,’ but it’s impossible,” said Solskjaer ahead of Tuesday night’s visit of Leicester.

“That’s the hard bit for me, knowing that playing this same 11 on Tuesday and on Thursday is impossible.

“I run too much of a risk of injuring them, so talking about integrity in the league and stuff, don’t blame me when I have to make changes because I have to. It’s not safe for them to play all four.”

It could mean a Premier League debut and first United start for Amad, who arrived at Old Trafford in January from Italian side Atalanta after signing in the summer for an initial £18.7m.

United academy product Shoretire made his Premier League debut against Newcastle and is also yet to start for the first team.

“They are in contention,” Solskjaer said of the pair. “They are in the first-team squad, they are training with us every day.