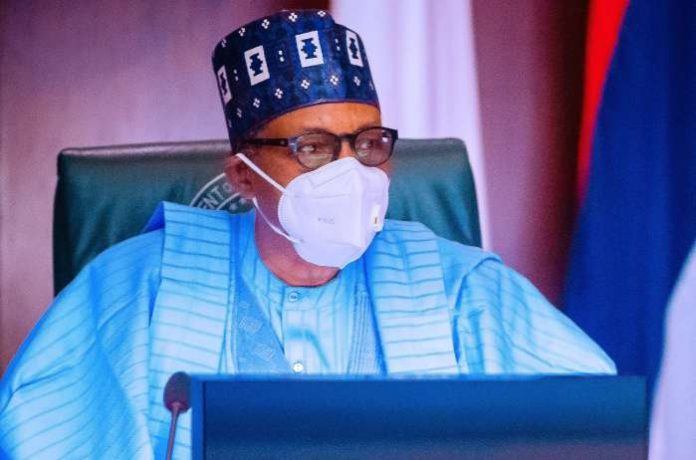 In line with its infrastructural development campaign mantra, the Federal Executive Council (FEC), presided over by President Muhammadu Buhari, Wednesday, approved over N809.7 billion for various signature projects including roads, fire fighting vehicles and equipment as well as development of an application for design, development, deployment, and management of National Social Investment Management System (NSIMS) for the National Social Investment Programme (NSIP).

The breakdown of the location of the approved funds was made public by the Ministers whose ministries got the approval to execute the projects on behalf of the federal government.

Addressing State House Correspondents after the weekly FEC meeting, Minister of Works and Housing, Babatunde Raji Fashola, said Council approved the change of scope for the construction of Abuja-Kaduna-Kano highway.

According to him, the road, hitherto undergoing renovation, would now be completely reconstructed, thus changing the existing cost of the project from N155 billion to N797.2 billion.

Said he: “I presented on behalf of the Ministry of Works and Housing, one memorandum and one report. The memo was with respect to the Abuja-Kaduna-Zaria-Kano highway, which was to change the scope of works form rehabilitation previously awarded because many pats of the pavement had deteriorated, to full reconstruction of two lanes on both sides.

“The Council considered and approve the request for that change of scope and the incidental cost consequence; changing the existing contract for N155 billion to 797.236 billion to provide for full reconstruction of the main carriage way, trailer parks, weigh bridges, toll stations and additional side lanes in the built-up areas across the FCT, Niger, Kaduna and Kano States, which are all served by the road and this was approved by Council for the same contractor.”

Asked the exact time the road will be delivered, the Minister said: “So, we are dealing with 375 kilometres of roads. So the completion is going to be phases. So the first phase will be the Kaduna – Zaria section, which is 74 kilometres that will be in quarter four of 2022.

“The next phase B the Zaria-Kano section, which is 137 kilometres, that should be quarter one of 2023. And the last phase will be the Abuja Kaduna section which should be in quarter two of 2023.”

Meanwhile, FEC has also approved the sum of N10.4 billion for the procurement of fire fighting vehicles and equipment for the Federal Fire Service.

Speaking on the approval, Minister of Interior, Ogbeni Rauf Aregbesola said: “The council considered and approved the procurement of various firefighting equipment. The total sum of the approval is N10, 436, 375, 340.96. The breakdown is as follows; the approval covers the supply of 44 firefighting engines, it also covers the supply of 15 water tankers, 15 rapid intervention fire engines, not conventional ones, that can go into any nook and cranny to respond to distressed calls.

“The approval also covers the supply of 20 basic life support ambulances. So, in all we are talking about 79 firefighting equipment and support vehicles.”

Aregbesola said the procurement of the vehicles would enhance the capacity of the Federal Fire Service, to effectively control and manage emergencies relating to fire.

Aregbesola also appealed to state governments to also equip their own fire services, so as to compliment the work of the Federal Fire Service operating in their states.

Said he: “But no matter how powerful we are, our efficiency will still be inadequate, if the sub-national or states do not develop their own capacity to support or to be the main driver in fire service, prevention and control of fire incidents.

“As for water, I told you to ensure that there’ll be no complaints of not having water tankers, the best way is for the subnational to always have their fire hydrants, fire hydrants in the locations, in the various communities, metropolis, towns and whatever we have fire engines can be connected to draw water from the public main and serve the purpose of firefighting.

“So I am ceasing this opportunity to appeal to state governments to ensure that their fire hydrants are always ready and functional for the purpose of supporting Fire Service both for the federal fire Service and their own State Fire service organisations.”

The Interior Minister also announced that the ministry got an approval of N353.2 million for the deployment of an integrated real-time data repository equipment for the Nigeria Immigration Service Headquarters, Abuja.

“The council also considered and approved the award of contract for the deployment of an integrated real-time data repository and security intelligence solution to the Nigeria Immigration Service Headquarters here in Abuja and the delivery period for that contract is four months at a total sum of N353, 219, 200 only,” he said.

He explained that the aim is to have the immigration Service has all its data bases on one platform, for effective management of such data.

She said: “This system is going to be used to take care of the issues of N-Power Programme, N-SIP Programme, National Cash Transfer Programme, as well as National Home Grown School Feeding Programme.

“We are starting with N-Power, which is the one before us. It is very immediate. Afterwards, we will key other clusters of the National Social Investment Programme into this platform. The Council has graciously approved and we will go ahead.